Connect CHT with Chinese Chamber of Commerce Victoria (CCCV) which ended on a high note was the final collaboration of CHTNetwork for 2019. Approximately 180 guests flooded Space@Collins to celebrate early Christmas before everyone parted for their year end holidays. It was an evening filled with laughter and where old friends met new friends. A wide array of good food and wine were provided to the guests. We would also like to express our sincere thanks to the sponsors of the night – Mercedes-Benz Doncaster, Virgate Property Group and Berton Winery. 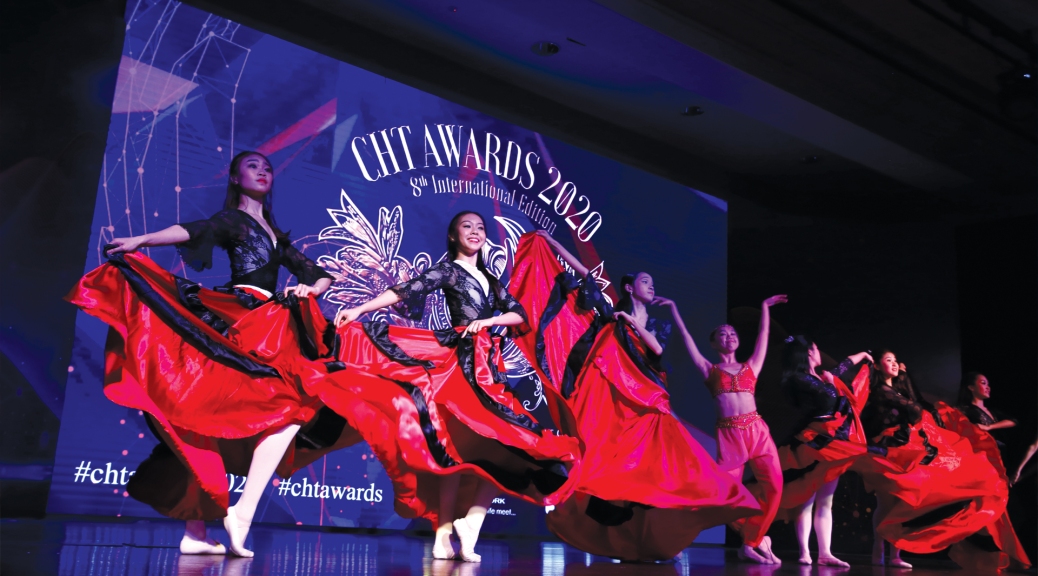 The Night
This year’s CHT Awards was held at JW Marriott KL, Malaysia. The event saw Race Discrimination Commissioner Chin Tan being honoured with the CHT International Award for Australia. He was presented with the CHT Eagle trophy by Guest Of Honour Dato Lokman Hakim Ali, Secretary General of Ministry of International Trade & Industry. A Malaysian by birth and an Australian by choice, Chin Tan in his speech thanked the organizer and vowed to continue working harder and more closely with the Malaysian government to further enhance their relationship, especially in matters dealing with race issues. With an impressive guest list of 400 movers and shakers, industry magnates came from near and far. Gentlemen were in their best suits and ladies dressed to the theme ‘Fire & Ice’. It was truly a night to remember when guests posed for the red carpet along with a handsome white BMW 320i Sports by Quill Automotive. At 7.30pm, the doors to the Grand Ballroom were opened and guests were welcomed into an impressive dining space that was fit for kings! Many guests were also surprised that they would be dining with a Rolls-Royce Black Badge in the hall!

The Winner
The evening started off with the presentation of the 3 CHT Emerging Entrepreneur Awards. This is an award to recognize the young and upcoming entities that have shown great potential in establishing themselves in the market. The three winners were  Skinnergy Resources, PHC (Penang Hotel Collection) and Innovatif+. Next, 10 established leaders and organizations were awarded the CHT Pursuit Of Excellence Awards for achieving success in their respective industries and their contribution to the society. Among the prestigious awardees were Rhone Ma Holdings Berhad, Quill Group of Companies, Sunway Medical Centre, Doux Visage Sdn Bhd, Mega Fortris (Malaysia) Sdn Bhd, JW Marriott Kuala Lumpur, The House of MOD Sdn Bhd, Nilai Popular Sdn Bhd, Prof. Datin Paduka Dato’ Dr. Aini Ideris and Dr. Hayden Clyde Pooke. The CHT International Awards this year was awarded to some very high profile individuals including the Senior Minister Of Cambodia H.E. Ly Thuch, Race Discrimination Commissioner Australia, Chin Tan and Thailand Royal Artist, Prof. Suchart Vongthong. Last but not least, the CHT Lifetime Achievement Award 2020 was awarded to Dato Seri Michael Chong, a person who is well known and highly respected in Malaysia who has spent decades handling and solving public complaints.

The Best Dressed
Both ladies and gentlemen were welldressed for the occasion making this CHT Awards 2020 a gathering of amazing people with beautiful outfits. The night was filled with camera flashes capturing these moments. 4 ladies and 1 gentleman were selected for the Best Dressed Award. Among the winners were Tengku Normah, Datin Maylene Yong, Datin Biskwita, Datin Caroline Wong and Dr Kelvin Liew. The award was presented by Richard Gan, the General Manager of Schwarzkopf Professional Malaysia and Singapore.

The Entertainment
CHT Awards is never just an award presentation night. With more surprises in store, the evening was also filled with amazing entertainment including a beautiful ballet dance performance with the theme ‘The Power Of Nature’ by Asia Ballet Academy. Guests were not only mesmerized by the Chinese song rendition ‘You Are The Reason’ by singers Ying and Hang, but even more shocked when founding President CHT himself walked up stage and told everyone that both singers were actually his children. Later in the evening, international acclaimed award-winning fashion designer KL Ho Of The House Of MOD presented a sequel of his stunning fashion showcase that was specially flown into Malaysia for the night.

The Auction
The evening came to a close with three main categories up for auction. The first was a 18k white gold set with an oval cabochon natural Tanzanite of 7.12 carat surrounded by eight rare color-change Garnets. The ring was designed by Royals Blue accompanied with a certificate of authenticity AGL. 3 fine watercolor paintings donated by Prof. Dr. Suchart Vongthong were collected by Mr. and Mrs. Edward Mai and Dato Dr. Nick Ng whereas 6 high fashion dresses by couture designer Ho Kok Leong were sold within a few minutes. Part of the proceeds of this auction will go to charity. 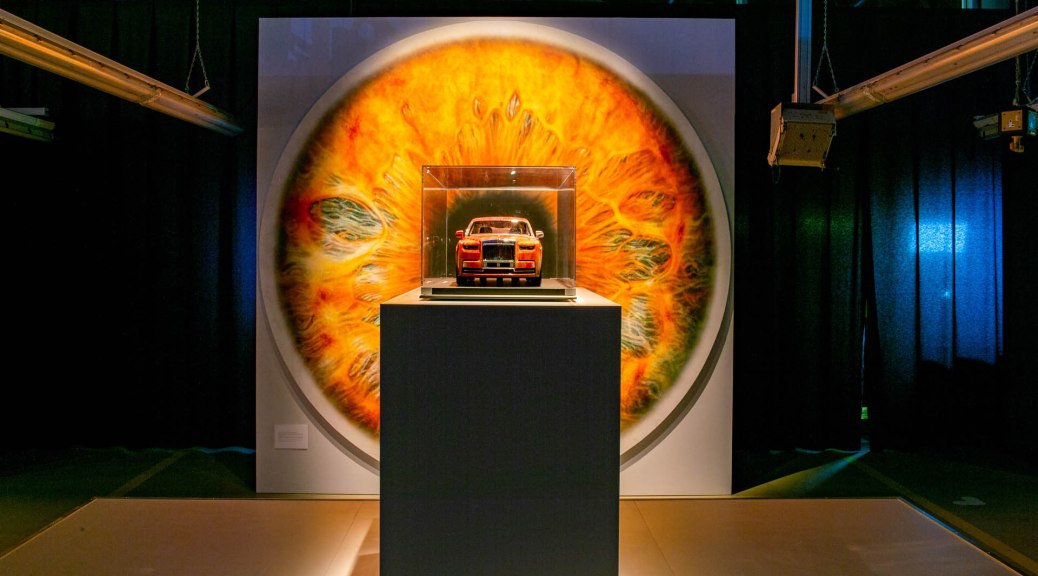 It will never be modest or even an affordable affair when one puts Rolls Royce and Marq Quinn together for a charity cause.  Rolls-Royce’s ‘Evelin Art for Allergy x Dine on the Line’ helped raised £1.7 million in support of allergy research at the Evelina London Children’s Hospital. The star of the show is undoubtedly the art piece that was bid for £888,000 where world-renowned artist Marc Quinn created a magnificent artwork on a Rolls-Royce Phantom. The artwork takes inspiration from Quinn’s on-going series of iris paintings, named ‘We Share Our Chemistry with the Stars’.