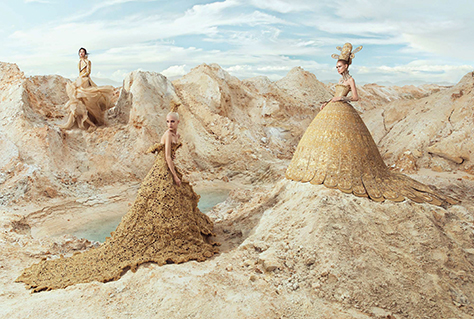 As one of the world’s most renowned Chinese couture designers, Guo Pei creates show-stopping ensembles that blend majestic opulence with theatrical fantasy. The designer’s bejeweled gowns, headpieces, and sculptural shoes were recently styled and photographed by HOWL Collective, who created a series of shots in celebration of the fashion visionary.

Published by Rizzoli as a monograph, the HOWL team’s 122 fairytale shots (titled Guo Pei – Couture Beyond) provide insight into Pei’s incredible designs and their connection with ancient Chinese culture through series of images from themed settings depicting mythical narratives such as Legend of the Dragon and One Thousand and Two Nights. 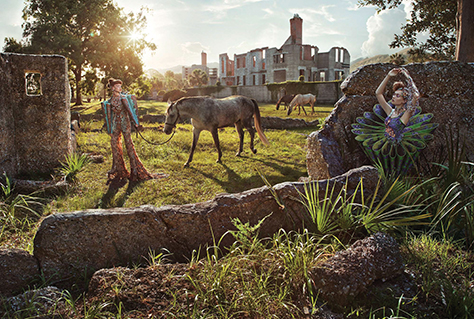 More of HOWL Collective’s projects on their website and the Guo Pei – Couture Beyond photobook is now available on Amazon.