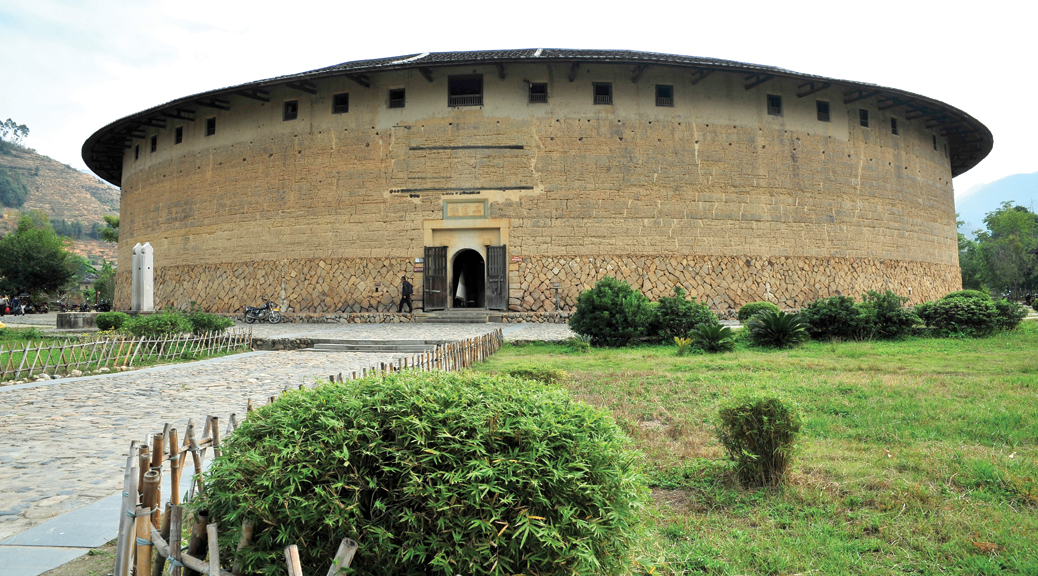 The Tulou in Fujian and Diaolou in Guangzhou provinces were self-built structures by the locals who were mainly living outside the fort located deep inside the hilly or mountain areas. Both of these amazing architectural wonders were inscribed as UNESCO World Heritage Sites in 2007 and 2008. Today, these heritage sites are becoming more of a tourist attraction than a residential area as they have attracted visitors from different parts of the world.

In the past, the commoners were given protection by the emperors in forts but constant wars among the different quarters battling to eliminate one another had led to the shift of commoners to the southern regions such as Fujian and Guangdong provinces. There, the people began to build their new homes but unfortunately they were met with robbers and bandits. As such, the people themselves decided to build a ‘big house’ so that they could stay together. It was a show of strength and a great example of how everyone could be protected by sheer unity. Besides, the most interesting elements about these structures were the escape routes and embrasures.

It was a show of strength and a great example of how everyone could be protected
by sheer unity.

The Fujian Tulou or simply known as ‘earth buildings’ were built during the Sung dynasty and its building materials relied heavily on available raw materials such as stones, wood, bamboos and most important, the sand, soil and clay. These buildings come in all shapes and sizes depending on the earth structure and the weather in that area. The main purpose is to create a strong structure with sufficient ventilation and light. In short, these Tulou were well-structured and safe for residents while able to house between 200 to 800 people.

The Hakka and Minan villagers in Fujian were those responsible for constructing these buildings. The buildings could be distinguished in two categories, one being the standalone unit and the other being the cluster type. Although there were many Tulou in the province, only 46 were regarded as UNESCO World Heritage Sites.

Eryilou, also known as ‘The King of Tulou’, was the largest single unit built in 1770 consisting of four floors from the outside layer and another floor inside. It possesses an impressive outer ring diameter of 71 metres with 48 rooms on each level. Tourists are allowed to visit this building where the residents offer a wide range of local handmade products and souvenirs. Not to mention one would be amazed when walking up and looking into the rooms that were once living quarters. Situated not far from Eryilou were the Nanyanglou and the Dongyanglou. The former is now a museum and the latter was converted to a performing area to entertain and educate visitors on its unique culture.

On the other hand, the Diaolou entered the Chinese architectural scene during the Ming dynasty until right before the end of the Chinese Republic era. Similar to the Tulou, these high towers most combines of Western and Chinese style were built as protection in response to local banditry. There were more than 3,000 of such towers in the past but today, only around 1,800 remain of standing, most of which are unoccupied if not abandoned. The construction of these buildings were mainly funded by overseas Chinese with the hope that their immediate and extended family members could have a safe place to protect themselves when necessary.

Built with stones, bricks or concrete, these tower-like buildings were very well-equipped with solid prison-like bars and thick metal windows to shelter against any shooting or force entry. Furthermore, there were special embrasures created to take aim at intruders. The Zilicun village was among the best preserved architecture site and it contributed to the largest number of Diaolou recognised by UNESCO. Walking up these old buildings allow visitors to experience how people lived in these tall buildings that were designed not only with relatively small rooms but also narrow staircases with plenty of steps. Nonetheless, the view from the building was breathtaking. Another not-to-be-missed attraction was the luxurious Li Garden with private canal, beautiful gardens and six villas built by a wealthy Chinese emigrant businessman living in the USA. Not forgetting a Diaolou for emergency protection purposes.

The Tulou and Diaolou were once built for protection but today these fine heritage buildings open their doors to the world showcasing what residents in the past would have done to protect their families and belongings. Perhaps the attitude and the unique architecture will be good research and study materials for generations to come.