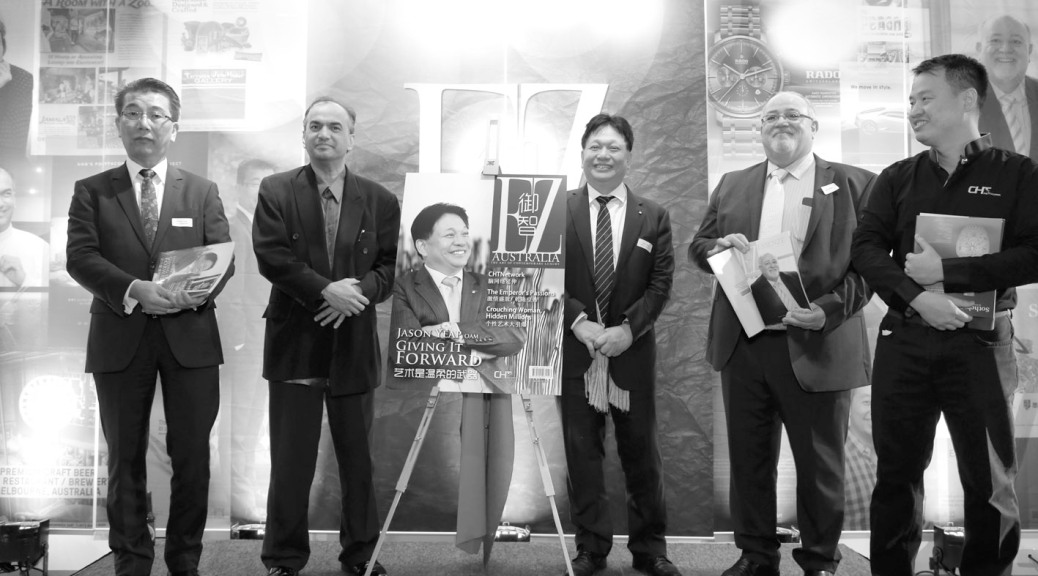 It was an extravagant gala event at the launch of Essenze magazine in Australia at the SpACE@Collins in the heart of Melbourne’s CBD. On the night of May 28, every square meter of the hall come gallery was filled with guests who were treated to fine wine, award winning beer and boutique finger food.

It was evident that no expense was spared as Essenze Editor-In-Chief, Ch’ng Huck Theng works on his philosophy of “Go hard, or go home”. Well, from an expected guest list of 120, the actual turnout was double that (over 200) and while some graced the event from the same city, some travelled a fair distance to be part of the Art of Contemporary Luxury that night. Art aficionados, business people and VIPs gathered under one roof to engage in the grand spectacle of art, beauty and luxury.

In his opening speech, Ch’ng candidly said “Some have asked why launch luxury magazine here, in Melbourne when print is seen as the dying breed?” His answer was that high-end luxury products still hold true to their value that piques the five senses. A rather figurative way of seeing it, but it makes simple sense. “Online is the new medium, but as we’re representing luxury goods, the consumer still want to hold, feel and try the product as a physical commodity. You wouldn’t find the most premium brand in the world solely selling online unless they don’t understand the value of premium service, the level of exclusivity that’s all part experiencing the brand. Hence, we as a luxury magazine still believe in the traditional and tangible experience that consumers will always appreciate. This is what makes us exclusive and we will keep it that way.”

While the magazine will be sold at newstands and bookstores, they are also personally distributed to high-end brands with affluent clientele, hence representing the niche demographic of Essenze readers.

Ch’ng said that he still believes in the philosophy of connecting “beautiful people” and promoting quality products. The motto of Essenze “The Art of contemporary luxury” is not only about how rich or influential people are but it goes beyond to living the life and making the best out of what one can afford.

Australia Malaysia Business Council president of the Victoria Chapter, Joe Perri and City of Melbourne Councillor and chairman of planning, Ken Ong were also present and gave a moving speech. Both these influential men were also featured in the first issue of Essenze and this indeed puts Malaysia-in-Melbourne on the map. Among other VIPs were Sean O’Donnell from Bank of Melbourne, Nicholas Pang from Temple Brewing Company and Nicole Chow  from UAG.

Some of the VIPs who attended included Mering Corporation chairman, Jason Yeap who’s a lawyer and property developer. Featured in the first issue of Essenze, Yeap is known as philanthropist with a passion for art and culture as well as a highly respected thought leader in business as well as board member for several philanthropic campaigns in Australia.

SpACE@Collins was not only a venue for this inaugural event, as it is open for corporate events, fashion shows, exhibitions and gala dinners. Indeed, it is the ideal spot for such showcases due to its privacy and cosy ambiance, but one that’s in a convenient location – level one of 278 Collins Street. 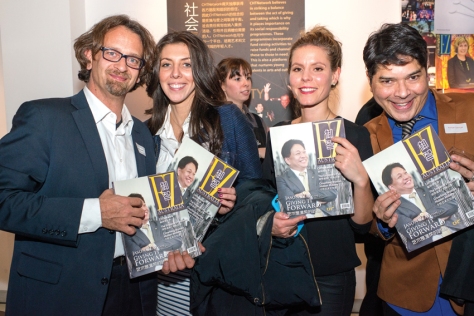 The night ended with guests taking home a copy of Essenze magazine and an experience that made a lasting impression in their minds and hearts. After all, this is what the magazine is about – where all good things in life meet.

The launch of EZ Australia will not be successful without good partnerships. The evening was made possible with the support from Event Equipment for their expertise in sound and light, furnitures from Complete Function Hire, F&B from CNK Food Design and last but not least, Temple Brewing for sponsoring  their international award winning Anytime IPA craft beer. Also not forgetting the CHT Team and friends that contributed to this success story. 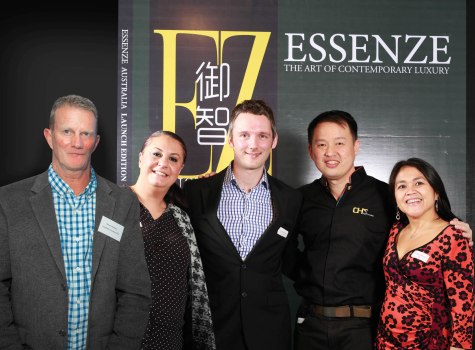