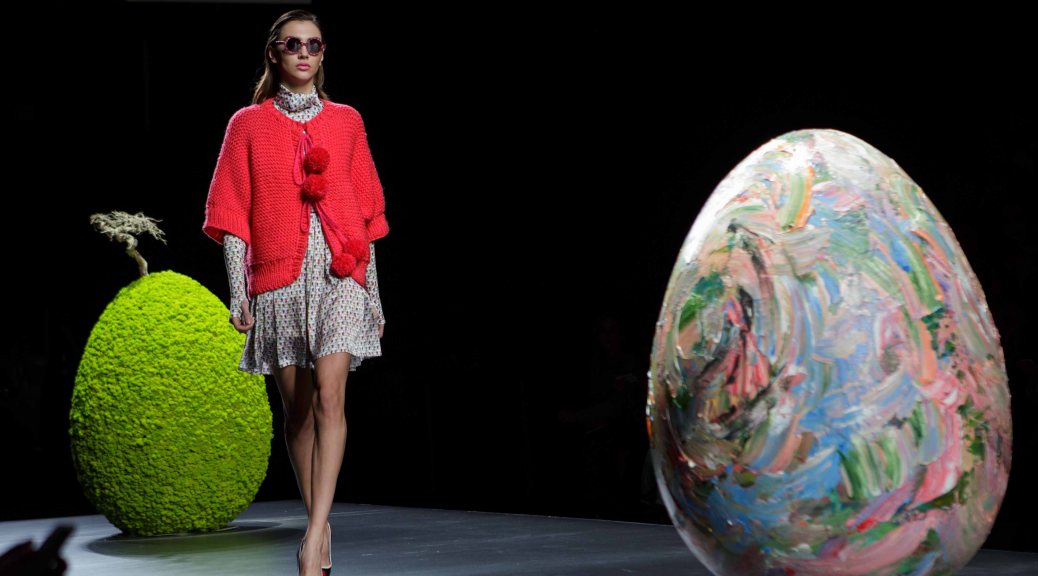 Jorge Vázquez
Guests were plopped into a rain forest by Jorge Vázquez’s collection, the winner of this season’s L’Oreal Award – mix of live foliage, floral-motif runway carpet and the clashing tropical prints on some of the ensembles. The collection was presented with sophisticated monochromatic looks in red, pink and beige, with the occasional occurrence of statement jewelry.

ION FIZ
Fiz is inspired by “Severine” star of the film “Belle de jour” directed by Luis Bunuel and starring French actress Catherine Deneuve. Beauty, personality and character of Catherine Deneuve with style “Chic gentrified with a certain defiance” that “Severine” looks in the film are the “leitmotiv” of the collection. Featuring female silhouettes, overlapping pieces and mixing casual-couture garments.

Etxeberria The 2016/2017 autumn-winter collection named ‘Paris, Berlin, Moscow’ showcased an undisputed protagonist – the hair-of coats covered with feathers or fur. Ultimately about coats, peculiar and resisting with integrity trends in fabrics, patterns and new reflections. It was also chosen to be part of the latest installment of The Hunger Games films.